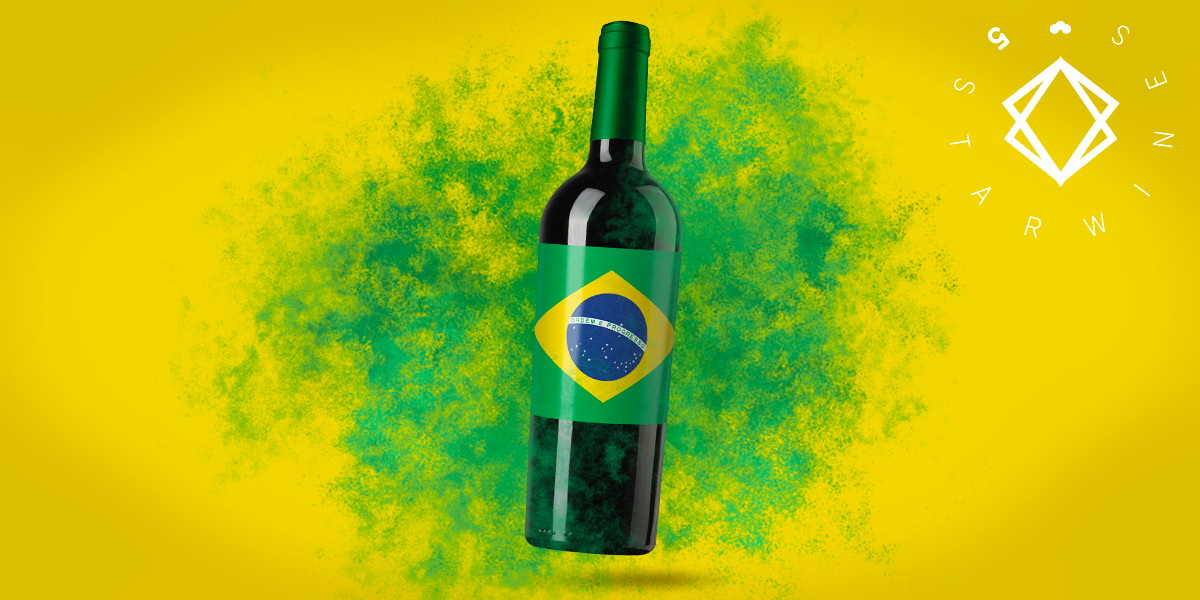 What to pair with your Italian wine: the Brazilian market

Imagine staring at a crowded shelf of wine labels. Most of them come from Brazil, Chile and Argentina; some from Portugal and Italy; a few from France and Spain. Now imagine that this shelf is in a wine shop, in the eleventh most populated city in the world, in the fifth largest country on the planet. Add to all this that in this country, wine culture is still very young and consumers are particularly intrigued by wine. At this point you’re probably wondering where you’ve ended up… bem-vindo ao Brasil!

Brazil’s potency as a wine consuming country is underestimated by many and the idea that it does not have a sufficiently developed wine culture is rooted in Brazilian history. This conviction, even if it is partly true, should have changed by the early ’90s, when the Brazilian economy opened up to the rest of the world. However, just because Brazilians started to consume international wines around 30 years ago, this does not mean that they are foreign to this product.

The first vines were brought to Brazil’s shores in the mid 16th century by Portuguese settlers, but it was the arrival of Italian immigrants in the 19th century that changed the destiny of this country as a producer and consumer of wine. It is no coincidence that the Rio Grande do Sul region – where most Italians settled – is now the area where 90% of all local wines are produced. Italians brought many of their technical skills and consumption culture to Brazil. They also raised the quality of Brazilian wine and thus conferred on it a certain economic importance.

From the end of the 1800s to the end of the 1900s, almost exclusively, local wines were drunk in Brazil. Nowadays things have changed, but the most dangerous competitor for a foreign producer is still the Brazilian producer de vinho.  To date, 62% of wines consumed are domestic products. One might beg the question, how is the remaining 38% divided? Among the other countries, it is Chile, Argentina and Portugal that stand out (from Wine News, L’Italia del vino cresce in Brasile, a small market in numbers, but a driving force for growth, 2019).

With respect to Brazilians as buyers, a 2019 Wine Intelligence Brazil Landscape report discusses the growing wine market in Brazil saying there is rising consumption as well as rising consumers.

Over the past three years, Brazil’s wine lovers have increased in number reaching 32 million. 70% of them drink at least one glass of wine a week and the remaining 30% consume one glass at least once a month. It is the younger generations that have boosted growth: enthusiasts have become curious, trying new varieties, and they are also willing to spend their money on particular labels. Brazil also happens to be the 26th most attractive wine market in the world and the country’s wine market has grown exponentially in record time (in 2017 it was still in 38th place).

What role does Italy play in all this? ICE (The Italian Foreign Trade and Investment Agency) believe its prospects are positive. Despite a 9% decrease in sales volume from 2017 to 2018, Italian wine has seen the value of its exports grow to 40.6 million euros (+3.23%) with a 10.9% of market share, among foreign wines. In addition to this, in the first nine months of 2018 the Brazilian market was worth as much as 26 million euros to Italian wineries (WineNews states that in Brazil, consumers increased within a three-year period 2016-2019, Italy still lags behind in 2019). Most of the Italian wines imported to Brazil still come from the more popular wine regions like Tuscany, Piedmont and Veneto. What makes Italy competitive is its wide range of native grape varieties, a distinctive aspect of its viticultural tradition which makes it appealing in various market niches in Brazil.

Advice from a professional

« The Brazilian market is changing, in the sense that trends can arise and disappear in a few months. It [the market] is passionate, in fact we Brazilians like travel, stories, people. When a product excites us, we remain tied, almost bound, and we do everything we can to become its ambassador… the average Brazilian has no in-depth knowledge of wine, but it is also true that the interest in this drink is enormous. Competition here is ruthless, not to mention the bureaucracy: the system of duties requires the consultation of specialized professionals

In order to conquer the largest country in South America, an Italian producer must keep all these aspects in mind and find a balance between sales potential and the efforts required. A producer must also have a clear goal. What do you want to do in Brazil? Do you want to improve distribution? Increase business volume? In any case, the best advice you could receive is to find a good partner, someone to do the work, on site. But that doesn’t mean that an entire operation would be on your shoulders, but, the producer does have to be present in-country to collaborate. To sell in Brazil you have to see and be seen, know and be known »

The future of Italian wine in Brazil

According to Euromonitor forecasts, the Brazilian wine market will continue to grow, reaching 352 million litres by 2022. This will also affect Italian wine imports, which should see a 17% increase in that same year. Veronafiere, the leading direct organizer of events in Italy and a natural hub for the international promotion of the Italian industrial systemis also considering Brazil a market of the future. In 2018 they organized the first edition of Wine South America (the 2019 fair will be held in in Bento Gonçalves from September 25th to 27th). They also added a session on the Brazil wine market in the 2018 edition of wine2wine, the forum dedicated to the wine business (livestream available on Facebook).

Brazil is not the only expanding market you should be keeping an eye on: to find out which others are developing, subscribe to our newsletter.